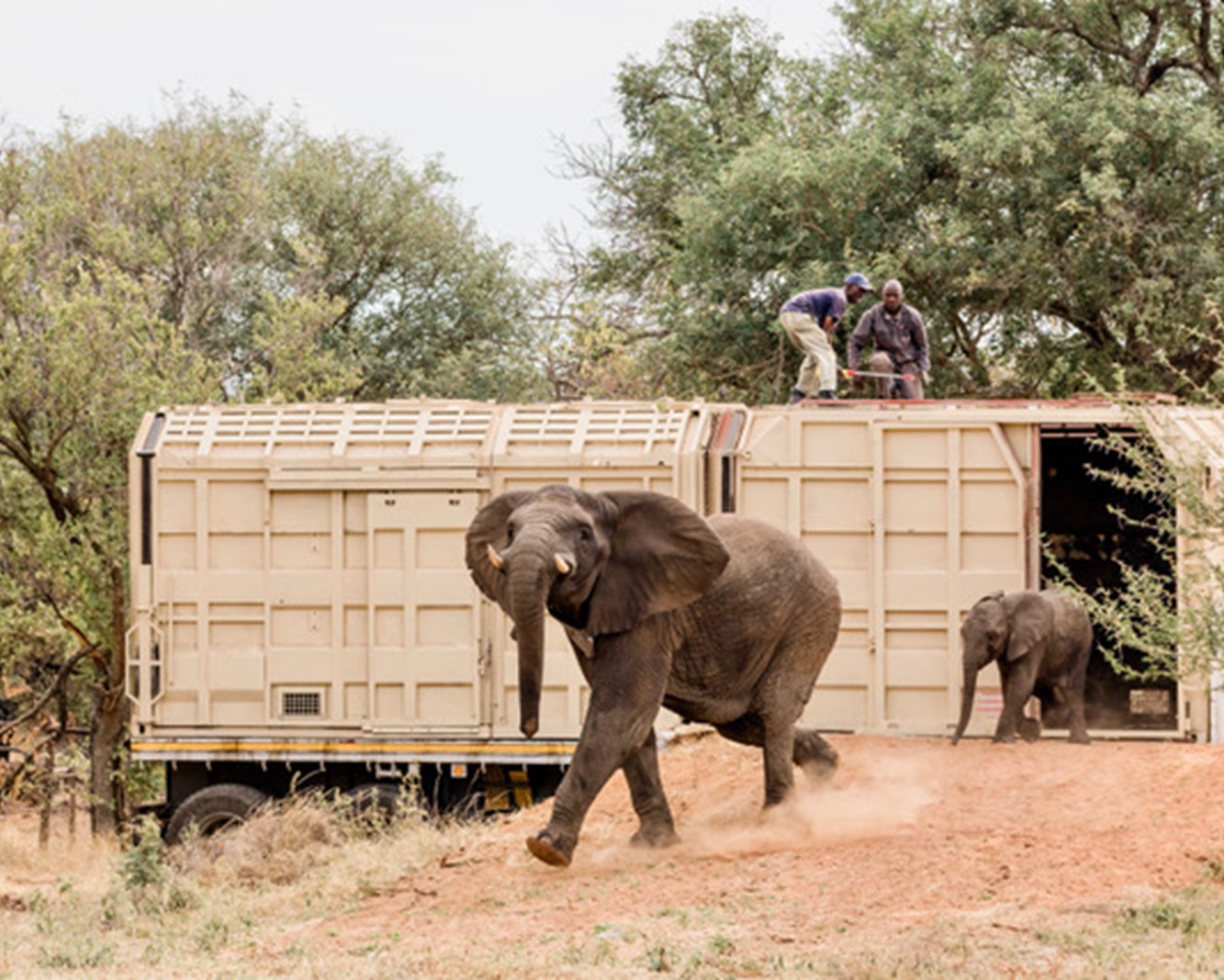 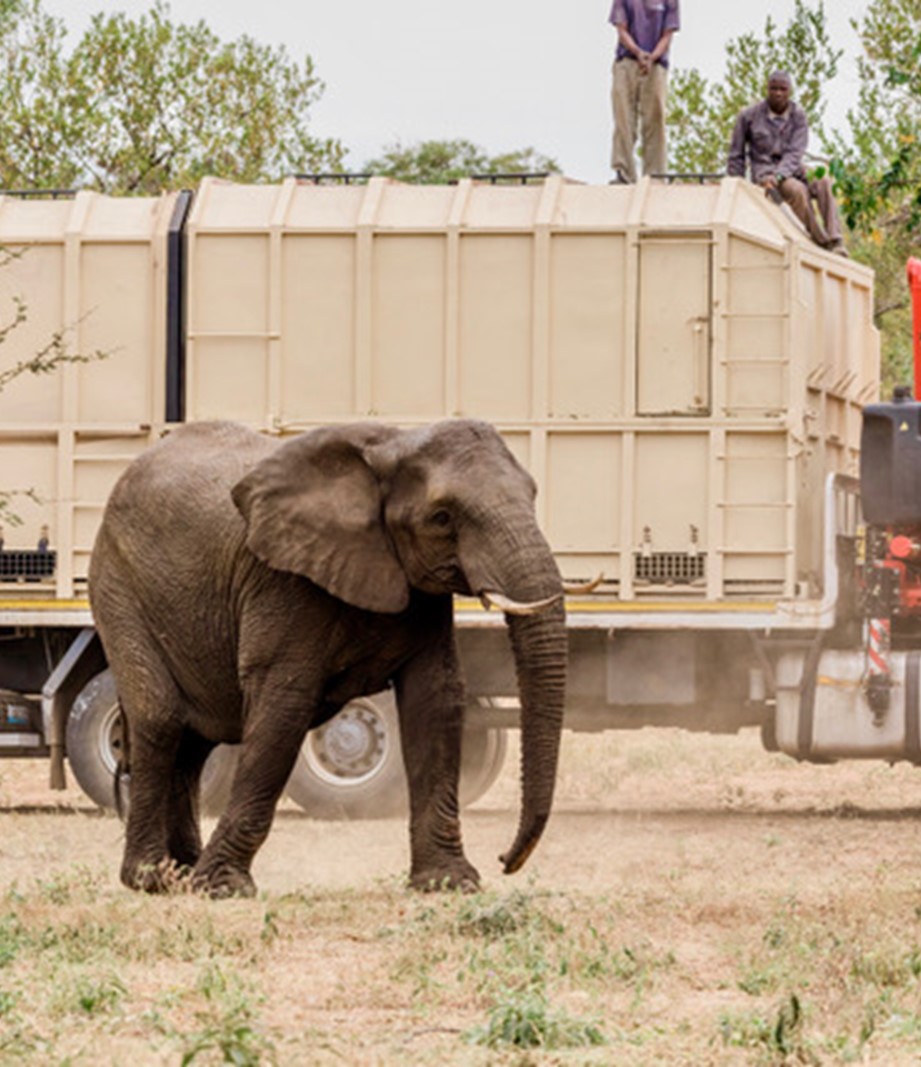 On the 29 April 2021 the Rietspruit Game Reserve, which includes Leadwood Big Game Estate near Hoedspruit, welcomed a small herd of Elephants from Phinda Game Reserve.

The herd comprising  3 adult cows a younger cow and small bull calf, where immediately released into the Reserve. The elephants, join other iconic wildlife such as white & black rhino, leopard, lion, cheetah and a host of plains game all with the Northern Drakenberg as backdrop. The costs was underwritten by Dirk Schoeman of Leadwood Development Company, developer of Leadwood Big Game Estate

The Elephant release was the culmination of 4 years of work by a small dedicated group lead by Kevin Leo-Smith (Reserve Manager of Rietspruit and homeowner on Leadwood Big Game Estate). Along with Veld assessments, a comprehensive elephant management plan which all had to be compiled, submitted and approval obtained. This approval was granted by LEDET in late 2020.

The capture team – Conservation Solutions, with Dr. Pete Rogers of Provet handled the capture and transportation. Painteddog,tv was on hand to broadcast the entire event – the worlds first life feed of a elephant capture and release. 14 long hours after the capture the small herd,  walked onto the Rietspruit Game Reserve.

The elephants have settled in well onto the reserve and providing our residents with great sightings on a daily basis.